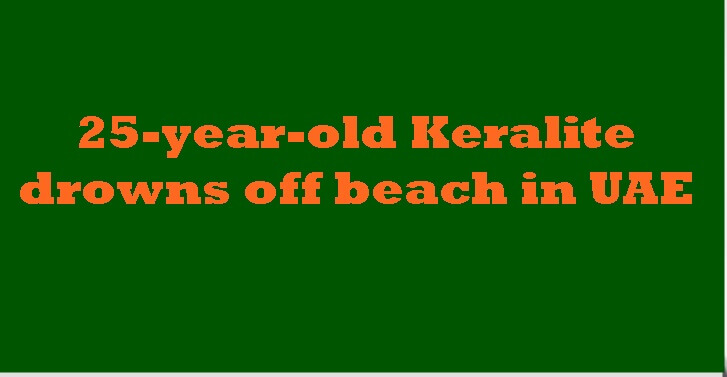 He went swimming with his friends during the Eid Al Fitr break.

A young Indian expat drowned off a beach in Umm Al Quwain as he went for a "regular swim" with his friends during the Eid Al Fitr break. He was 25.

Hailing from the south Indian state of Kerala, Anandhu Janardanan was swimming "within the safe limits when he encountered rough waves that dragged him down", sources said.

"We tried hard to find him, but we couldn't and, later, his body was washed ashore," Aloysius said.

Upon being alerted of the incident, the central operations room of the UAQ Police dispatched paramedics and rescue teams to the site.

"They tried to resuscitate Janardanan and rushed him to the hospital, but he was declared dead on arrival."

As an expat who earned a monthly salary of Dh2,000, Janardanan supported his elderly father and two siblings, sources said.

His body is expected to be repatriated on Monday.

Note:- We try our level best to avoid any kind of abusive content posted by users. Kindly report to us if you notice any. This report may be copied from a news/channel/magazine/blog/site for knowledge sharing, where PathLegal DISCLAIM any ownership of the content posted and offer NO warranty about the data. In case of any objection, please do write to [email protected]