Is Suicide A Crime? 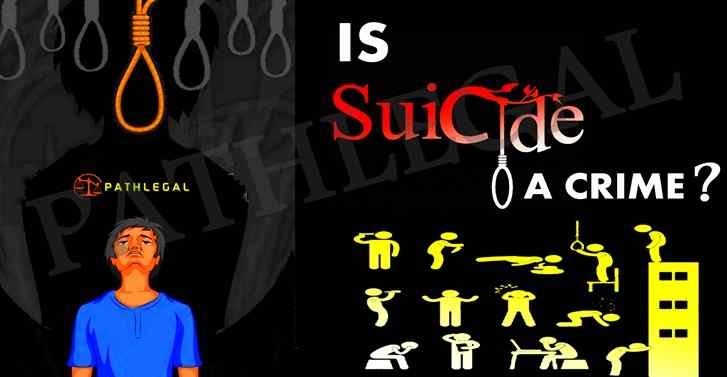 Â Do you think suicide is a crime? Suicide is mainly the tendency of killing oneself which they feel at that moment to be a solution but that is a huge price to pay. They seem to have no solution and the only way to come out of that problem is suicide. Feeling of hopelessness when faced with a circumstance and feels that they are not able to survive or contain the situation or face the situation and have accepted defeat.

This tendency can be of psychological factors too mainly depression. Suicidal can also occur when age is a factor too like in the adolescent stage of life, the tendency to be impulsive is more. Some are unable to cope with difficult situations and get aÂ Â feeling of being a failure. Factors leading to suicide can vary.

Most suicidal behaviours and tendency is due to mental illness which can be treated like depression, anxiety and stress and other psychological problems. If a person is too sad or having mood swings , he does not expect anything from the future and sees it bleak and dull. After a certain period of depression, ifÂ  a person is calm all of a sudden then that can be a sign that the person has made a decision to put an end to his /her life.

Sometimes, if a person loses interest in life and wants to be isolated and keeps away from friends can be a sign of depression which is the main cause of suicide. Also, if there is a change in personality or the way in which the appearance of the person changes can also be a sign. If a person tries to harm themselves purposely by driving rashly or any similar way of harming themselves or any other different way, then that can be a sign.

There can be chances that the person had recently undergone a trauma and unable to handle it. The situation is where the person loses hope and does not find a way is a sign of suicidal tendency. There are some who try to organize everything and sort things out with near and dear and friends, making a will and even write a note before suicide. They even buy poison or something to kill themselves with. Some even threaten to suicide. Though some might not carry with the threat but some can do it.

The first step to prevent suicide is to understand the signs or symptoms. The first thing is on seeing the symptom, another person has to start a conversation with the person intending to suicide. By talking things out with the other person might solve things out and give the person a hope to live. Offering help and support also helps to change the mind of a person. Encouraging positivity in the person can be slow but lasts longer and gives the person a new view of life.

To conclude, suicide is a crime in some parts of the world while others do not consider it a crime but tries level best to discourage it. The mental health professionals deal with many who go through this tendency and help them get better and move on in life. Suicide is never a solution.